4 Investment Return Metrics You Absolutely Have To Know

People love the idea of passive income. The word passive itself implies little to no work, right?

Don’t get me wrong, passive investing requires a whole lot less work than being on the General Partner side (no doubt about that), but successful passive investors aren’t just throwing their money at deal sponsors and then sitting back in the comfort of expected returns.

No, successful passive investors know they have to do two things:

Again, that’s a whole lot less difficult than, you know, actually operating the deal, but it’s also not nothing.

To vet a sponsor or a deal, you have to understand the industry well enough to know whether or not the sponsor and the deal actually make sense.

To that end, you have to know the most common investment return metrics. How, when, and why they’re used.

So, work is required of passive investors, but the good news is it’s not terribly difficult nor time-consuming work. As a bonus, once you know exactly what you’re looking for, you can know almost instantly whether or not you want to jump into a prospective sponsor’s deal.

The fastest way to this nirvana-like place of competence comes with understanding certain key metrics that every deal will hinge upon.

For the sake of this article, we’re going to keep things fairly high level. Just know that we have shot more in-depth videos on each of these metrics (I’ll throw links in as we go in case you want to dive deeper (which you should, because competence breeds confidence)).

Without further adieu, let’s dive into how, why, and when to use certain investment return metrics.

The annualized returns relative to the initial amount invested.

This is probably the most common measure investor’s look at. It’s a simple way of quickly identifying how much you’re earning on an annualized basis relative to how much you put into a deal.

To contextualize this a bit, over the past 50 years the stock market has returned an average of around 6-7%, so this serves as a bit of a baseline for most investors. The rationale being, why should I invest in this deal with lower returns than I could presumably get on the stock market where the investment is much more liquid.

There’s some issues with this reasoning, but that’s neither-here-nor-there. The important thing to know is that most real estate investors are looking for around an 8% CoC return.

The total time-adjusted returns of an investment.

IRR is probably the most confusing of the investment return metrics we’re going to discuss. We’re going to keep things high-level, but just know we’ve done a deep dive into the topic here:

Now, from the 30,000 foot view, IRR takes into account how much money you’ve put into a deal at time 0 (aka when the deal starts), which includes distributions, any proceeds from a cash out refinance or sale, and bundles them all together into one macro-return.

From here, the return is then adjusted to account for the time that passed between when you invested the money and when you received those returns.

When you receive the money is an important driver of IRR, because it takes into account the Time Value of Money, which is one of the most important concepts you’ll need to understand as an investor.

How much more valuable is it to receive $1,000 today than it is next year? Well, that’s exactly what the Internal Rate of Return allows us to quantify.

For us, the Internal Rate of Return is THE most important of all the investment return metrics.

The organic increase of an asset’s value over time.

Alright, this isn’t actually a return metric, but it’s a critical concept to understand none-the-less.

If you own your own home you’re probably somewhat familiar with this concept as you’ve (hopefully) seen the value of that property increase over time. That’s appreciation.

Appreciation is similar conceptually to inflation. That is, over time, resources increase in value while the strength of the money in circulation (typically ever-increasing) slowly weakens.

While it’s important to calculate and project potential appreciation into your underwriting assumptions, it’s critical that your model excessively relies on this mostly uncontrollable factor.

In market’s currently experiencing strong economic and population growth, the rate of appreciation will be significantly higher than in those markets with weak economies and a net-loss to population. These differences don’t just affect the macro, either. Micro-level differences appear on a neighborhood-by-neighborhood basis.

For instance, in St Paul, MN (where Invictus holds the majority of it’s assets), the neighborhood of West Side has seen appreciation close to 10% in the past 12 months, whereas the neighborhood directly bordering it to the east, Battle Creek, has seen only half that growth, coming in at around 5%.

Many factors (beyond the scope of this article) account for these differences, but the important takeaway is this: Don’t bank on appreciation.

If the deal sponsor is projecting the asset will appreciate a certain percentage year-over-year without giving any sort of justification behind that growth (such as historical trends, or knowledge of future development, etc…) then you need to look at their return projections with a critical eye.

We recommend running a sensitivity test to back out the appreciation assumptions, if the numbers still work, fantastic! If not, well… maybe think twice.

Remember, appreciation is only ever realized when some sort of exit event occurs, whether that’s a cash out refinance or a sale, and it’s unlikely any operator, no matter how good they are, can accurately predict the state of the market cycle in a 2-5 year window.

Now, when we say “Don’t bank on appreciation,” this is not to be confused with “forced appreciation”, which is an absolutely different animal altogether and is the backbone to the value-add model of multifamily we execute. More on forced appreciation here:

The total amount of distributions received divided by the amount of initial investment.

Many investors are unfamiliar with this term, and in the grand scheme of things, it’s not going to be as critical to your underlying knowledge as the metrics listed above. With that said, it can be a great way to quickly at a glance know what sort of net return you can expect from an investment.

So, let’s assume you put $100,000 into a deal, and over the course of five years (through cashflow, a refinance, and profits from sale) you’ve received a total of $200,000. This means you have an equity multiple of 2x (aka you’ve doubled your money).

Not too shabby for a five year hold. Don’t see the stock market doing that too often.

Now, like I mentioned before, don’t get too hung up on the equity multiple, because this number is influenced to a great degree by the length of the hold.

If you’re analyzing two deals and one has an EM of 2x and the other has 2.5x, but that first deal is a 5 year hold relative to the second deal at a 10 year hold, then, that second deal isn’t actually all that great.

You’ll have kept your money in the deal twice as long for only 50% more return.

Again, equity multiple is a useful number to quickly tell you off the cuff (without the need of complex formulas) how much you can expect to receive all-told from an investment, but because so much depends on the hold period, this shouldn’t be the primary metric by which you decide to fund a deal.

At Invictus, we consider the Equity Multiple to be the least important of all the investment return metrics.

The claim on profits provided to investors.

Okay, that definition, by itself, is not terribly clear, so let’s clarify a bit and use an example from how we typically structure deals at Invictus.

Generally, we offer a 7% preferred return to our limited partners, which means they’ll receive a 7% return on their investment before we (the General Partners) take any cut of the profit. Once that 7% hurdle is achieved, then the remainder of the profits are split between GP/LP according to how much equity the individual holds in the property.

Let’s get even more granular. We find an awesome deal and structure the offering as an 80/20 split (that is, 80% the Limited Partners own 80% of the equity in a property, whereas the General Partners only control 20%) with a 7% preferred return that rolls over yearly if we fail to hit projected returns.

So if we’re doing a value-add deal and the returns aren’t that robust in the first year (because we’re still in the midst of repositioning), and only a %5 return is generated in the form of quarterly distributions, then, the remaining 2% to be paid out rolls-over into the following year. Now, the LPs will receive a 9% return in year two before the General Partners get any portion of the pie.

This is a fantastic way for General Partners to put their investors first and show good faith by saying, “We’re going to take a backseat until we’ve provided you with a minimum satisfactory return on your money.”

Preferred Returns are a great thing to see on a proforma because it points to a better fiscal alignment of incentives between you and the deal sponsors.

Some deals won’t offer a Preferred Return, which isn’t to say the deal is bad, per se. Just do your due diligence and be sure all the numbers from a Cash-on-Cash and Internal Rate of Return perspective check out.

There’s an encyclopedia worth of investing return metrics we could dive into, but if you understand these 5 metrics, you’re in a strong position to analyze prospective deals that come across your desk.

If you’re still unclear about these investment return metrics, or want to dive deeper into understanding how they all interact with one another over the course of a deal, shoot us an email at anthony@invictusmultifamily.com and we’ll be more than happy to answer any questions you might have. 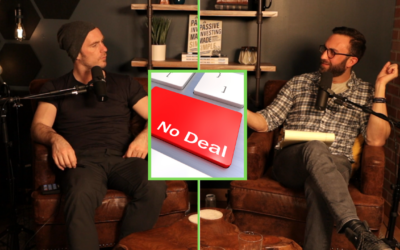 Finances are the back bone of any deal, and they can make or break your deal. So it's important you have your finances structured properly. And we say finances, we're talking about both sides, both debt and equity. Your mortgage from the bank, and any equity that you...

END_OF_DOCUMENT_TOKEN_TO_BE_REPLACED 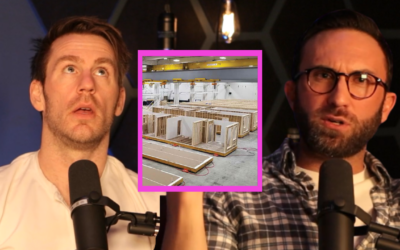 In today's episode, we're diving into more breaking headlines in the real estate industry. Dan and Anthony are given a list of 5 pieces of recent real estate news, and they give their opinions... out of context. What does dropping lumbar prices mean for development?...

END_OF_DOCUMENT_TOKEN_TO_BE_REPLACED 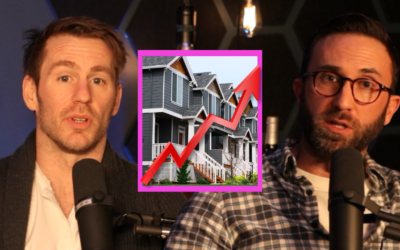 Are You Ready To Scale Your Real Estate Investing?

How do you know if you are ready to scale your real estate investing? Do you have a triplex or a quad, and you're thinking about scaling up to a 10 unit? How do you scale up from a 50 unit to a 100 unit building? In this episode, hosts Anthony and Dan discuss how to...